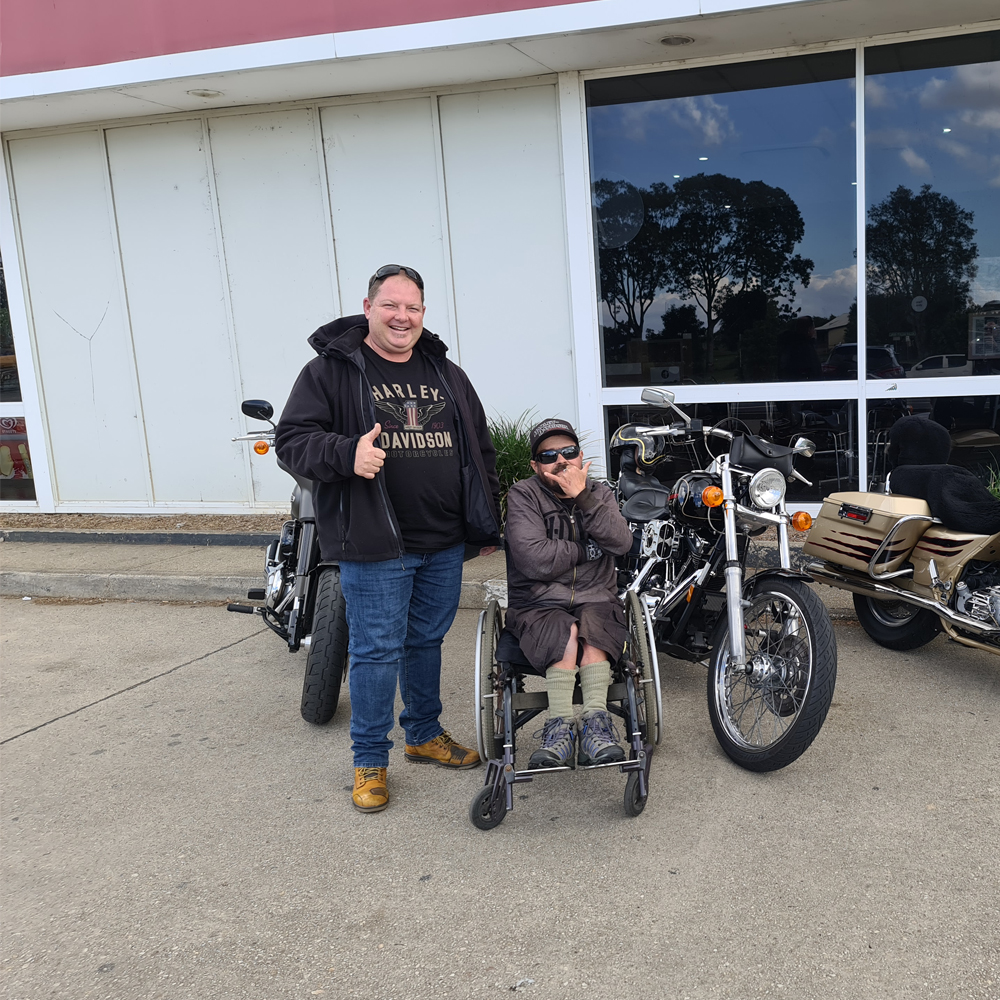 Brad was going to attend the Harley Davidson Motorcycle event in Tamworth in October, but the event was cancelled due to COVID-19 restrictions. Michelle, Brad’s Support Coordinator, spoke to the event’s organisers and asked them if they could arrange something special for Brad, as she knew that Brad is a massive fan of the Harley Davidson Motorcycles.

After a few conversations, Justin, one of the organisers, called Michelle to ask if Brad would be interested in being interviewed and featured in the club’s newsletter. When Michelle told Brad the good news, Brad couldn’t believe his eyes. He was crying with happiness and didn’t stop shouting, ‘no way’ in the background, knowing that his dream to spend time with his favourite motorcycles had finally come true.

To prepare for his interview, Brad, together with his Support Worker, Paul, went shopping to buy his favourite outfit. At the end of the interview, Brad thanked Justin for the opportunity and even received a brand new high-tech helmet from the club.