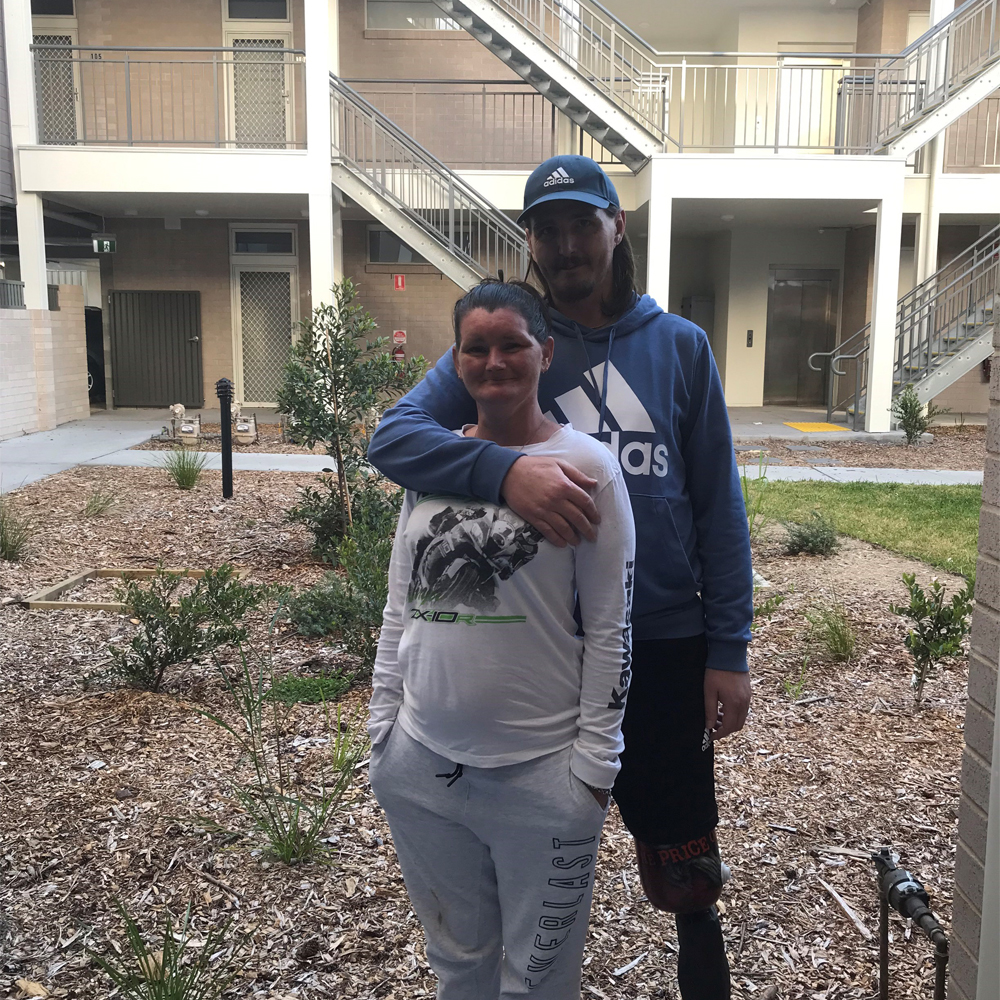 Kylie, 40, and was discharged from the Royal North Shore Hospital, following a serious brain aneurysm. The aneurysm led Kylie to be a wheelchair user, nonverbal, living in an aged care facility in Sandgate, a suburb of Newcastle.

Kylie was able to then transition out of aged care, and into our Supported Independent Living (SIL) Accommodation. Before the move, Kylie had been in aged care for 1.5 years. A range of amazing people including direct supports, a multidisciplinary therapy team including occupational, speech, and physio therapists, truly championed Kylie. Kylie had built up strength and was able to walk with minimal mobility aids as well as verbally communicate.

During the course of living in both an aged care home and Supported Independent Living Accommodation, Kylie’s partner Ben would visit her regularly. Weekly visits would take place on a Friday. This was happily arranged alongside her direct supports. While living in supported living, the pair became engaged! This exciting news was coupled with the fact that Kylie’s support needs had reduced even further. Kylie has now transitioned to live independently in a private rental with Ben, in the Newcastle area, which was a long-term goal of theirs.

Ben, with the help of his support coordinator Monica, successfully transitioned out of the Justice system. Monica’s support included supporting Ben to navigate various boarding home options. This ultimately led both Ben and Kylie finding a suitable Newcastle private rental they could move into. Ben’s entire NDIS package is also too entirely setup and is now being fully utilised. A huge thank you to Matthew and Monica, and congratulations Kylie and Ben!

Support Coordination also called Coordination of Supports or COS helps you navigate and achieve your NDIS plan and goals, by connecting you to community supports.

Support at Home and in the Community

If you need one-on-one support at home or help getting out and about in the community, our team can support you.

What is the NDIS?

The NDIS aims to help people with disability access funding to receive supports so they can live life.