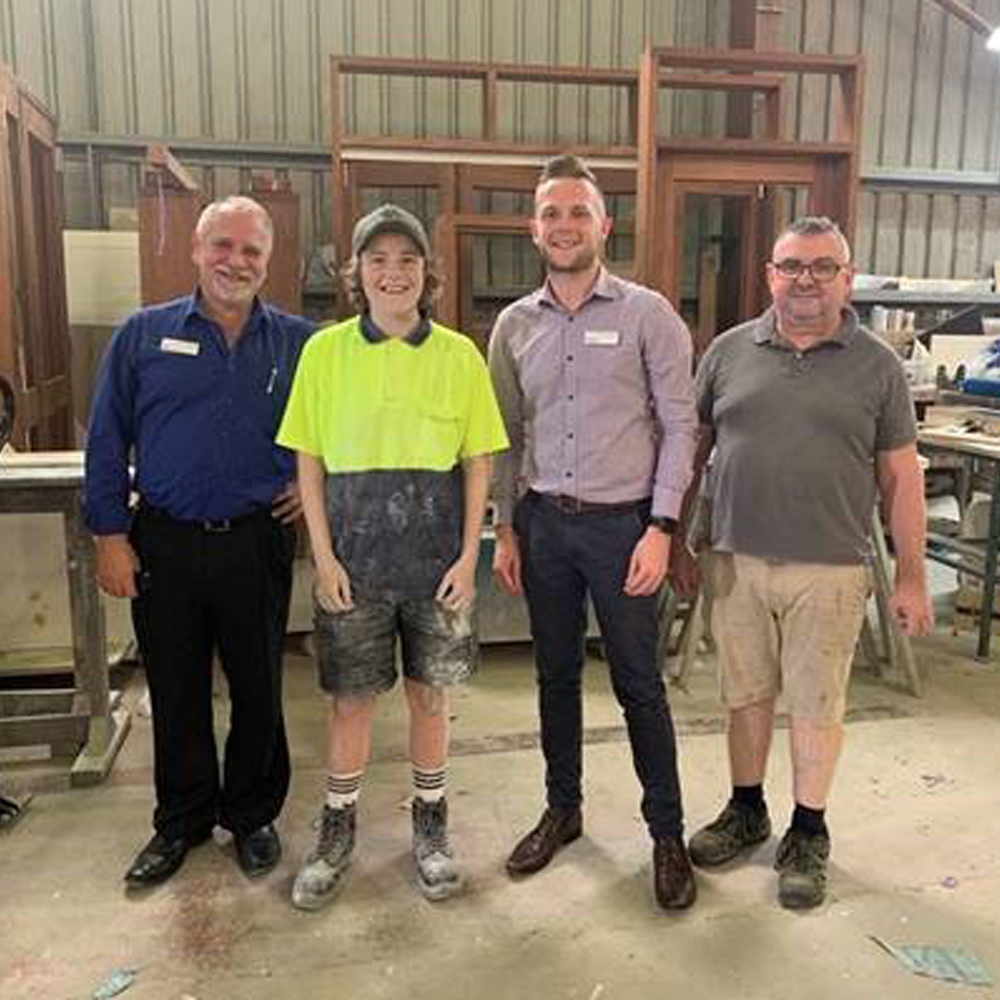 I first approached Top Coat about an opportunity to fill an Apprenticeship role as a Furniture Finisher, in December 2018. I remember walking in to meet the Owner Roger, not sure how he would react about meeting a young girl for an apprenticeship in a predominantly male environment. My main concern was Tayler had already turned 21, so she wouldn’t even be considered as wages play a large part in apprenticeships and people over 21 receive adult rates of pay. I had only spoken to Roger over the phone, and I was probably just as nervous as Tayler to meet him!

The interview went about as well as I could expect, and when leaving, I thanked Roger for his time and waited for the next step in the process.
After a few days, I called Roger to follow up from the interview and he advised me that he decided on another person he had interviewed.

I called Tayler to tell her the news. Tayler was so disappointed, it was heartbreaking. We promised to keep looking for other opportunities for her. Unfortunately being so close to Christmas opportunities such as this one don’t appear often, so January came and we were still actively looking for work for Tayler.

In early February, out of the blue I received a call from Roger from Top Coat. He re-introduced himself to me and said he was calling to inquire if ‘young Tayler’ was working yet, and if she would still be interested in the apprenticeship?

You could have knocked me down with a feather! Not only had Roger remembered Tayler, told me he was encouraged by Tayler’s enthusiasm.

When I called Tayler to tell her they were interested in seeing her again, she nearly cried, and said she could start the next day.

As the apprenticeship was for four year, Tayler was given a paid trial period so they could monitor her progress. Tayler didn’t just thrive, but her excitement and enthusiastic attitude towards what she was doing was shared with everyone at the Mount Druitt office. Tayler took her role like a duck to water.

Over the following week, I checked in with Roger and asked, ‘how is Tayler doing?’. The response was always the same ‘no issues, no complaints’.

Roger had no hesitation in offering Tayler an Apprenticeship, and Tayler hasn’t looked back.

On behalf Olympus Solutions | Ability Options Mount Druitt team, we wish a warm and hearty
Thank You to the team at Top Coat.